Warframe is a free-to-play cooperative third-person shooter video game developed and published by Digital Extremes. Warframe is an online action game that includes elements of shooters, RPG and stealth games. The player creates their Tenno character, which includes a basic armor unit called a “Warframe” which provides the player with special abilities, basic weapons (a melee weapon, guns, and sidearms), and a ship.

This is a partially subjective tier list but check it out at https://www.cephalonwannab.com/

If anyone has interest in participating in Warframe shenanigans, contact @Gurina (Gurina).

There is a small crew that plays fairly regularly:

If you’d like to join in reply here with your Warframe name and/or reach out to @Gurina on discord in the #pc-game-chat.

Every body chill, I’m a Titania main. I know Razorwing Blitz is amazing, but it won’t take you as far into Endgame as this build. Titania needs macho bulk; that’s what this build covers. Max efficiency + Rage means you can stay in Razorwing forever; Max Efficiency also means that you can spam Spellbind while in Razorwing, which gives you some pretty gnarly CC (and status immunity) when you need it.

Tribute is completely unaffected by the loss of Duration, while the efficiency allows you to spam it like it was meant to be spammed.

Lantern is still frustratingly useless; I can bandaid Titania’s bulk and Energy needs, but I can’t work miracles.

Your standard Slash Viral Ebola build Dex Pixia. Maim can be swapped out for my KPM boosting preference: Seeker. But if you’re one of the goofballs who can’t figure out how to utilize Punchthrough to quadruple your KPM, then stick with Maim.

Keep the Elemental Damage to just Viral, so we don’t skew our proc priority to other unwanted elemental types. 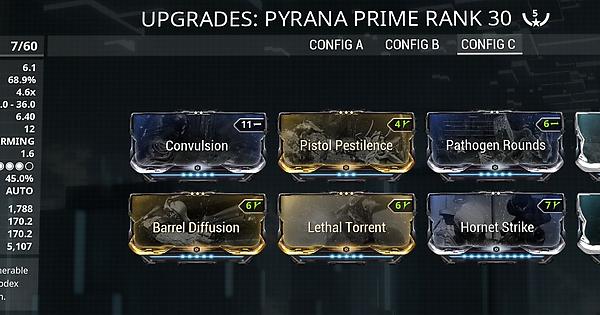 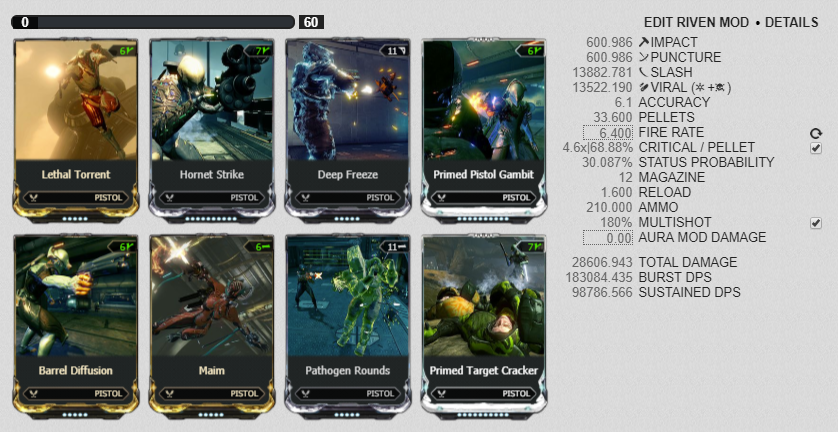 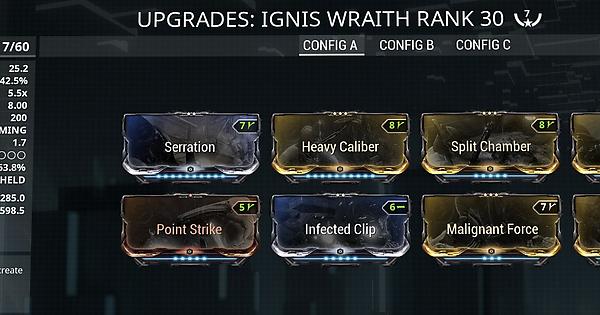 The candidates for the last mod slot are - Vigilante Armaments, Primed Shred and Vile Acceleration. Pick anyone you like. Primed Shred is the best option though.

Vigilante Armaments gives more damage per shot (compared to Vile Acceleration) but DPS (damage per second) is like 10k less. Therefore, why pick Vigilante Armaments? Well, because ~ Beam weapons get ridiculous Status Chance with Multishot. So, for high level content - status chance is better i.e, VA would be better. 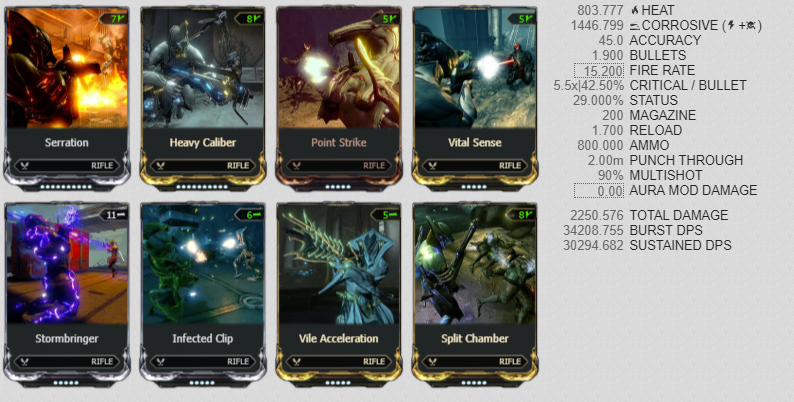 Umbral Nidus is kinda a gimmick build for flexing but this one actually works pretty well.

Corrosive Projection because it’s the biggest damage boost you can possibly equip on Nidus. If you run Steel Charge then you’re just gimping your build for the sake of flexing. Don’t do that, you already wasted enough Endo getting these up to Rank 10, you might as well build an actual viable build with them.

Rage because, well, Rage is essential on Nidus.

Boosting Range as much as possible because you’re already getting tons of strength from Umbral Intensify and Mutation stacks.

Duration is kinda just sitting there, you don’t really need it but hey, it’s nice to have I guess.